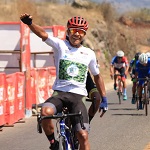 We're trying to find a solution with him and his management so it's not 100 per cent. It depends on the conditions that we discuss. The intention is that he leaves the team. There's very little chance that he stays," a team spokesperson told Cyclingnews.

"Eenkhoorn and Tolhoek are invited to our offices tomorrow, where we will decide their future. They have to explain some things and they might stay, they might not. We'll communicate the situation tomorrow."

The team claimed that alcohol was not involved – contrary to reports in some media outlets – but the fact that three riders took medication without the team's supervision has understandably lead to serious questions.